Fifty Gigs In A Day was a great success with over £200 raised and lots of interest and awareness raised in the work of the Nordoff Robbins charity. There was an acoustic gig on Facebook by Paul Stead of the Darker My Horizon (which can still be viewed here), mentions at shows by Fairport Convention, Erasure (who’s tweet about Fifty Gigs raised lots of responses and retweets), Will Lawson, the Tannahill Weavers and Josh Taerk, plus Michael Armstrong with his wonderful cover of Love Affair’s ‘Everlasting Love’, which was number 1 back in February 1968. I have thoroughly enjoyed it, discovering some wonderful new music along the way including Will Lawson, Josh Smith and Dorja and most importantly getting Nordoff Robbins and their amazing work in musical therapy more widely known.

A BIG thank you to my daughter for the Fifty Gigs logo; my wife for her patience and support as this idea started back in June last year and Mark Shaw for helping drum up some support amongst musicians. Also an EXTRA big thanks to all the musicians and comedians who supported Fifty Gigs In A Day, namely –

Thank you all for your support be it by reading these emails, the blog posts, visiting the artists and Nordoff Robbins websites, making a donation or going to/watching one of the gigs.

For my fortieth birthday I did Forty Nights fundraising which included a great fundraising gig at Stripes bar, Brentford FC.

So with my fiftieth next year on 8 February I thought how about 50 gigs (music, comedy, drama) taking place worldwide and each artist would mention via a social media post on or around that date, the fantastic work the Nordoff Robbins charity do with musical therapy.

The gigs/events would be already booked, not me booking or organising them, although I would plug those involved and their events. Or if the artists are not on tour at that time they will be kindly plugging the work of Nordoff Robbins via their Facebook, Twitter, Instagram etc.

The idea being to create a whole host of gigs/events on that or around that day using social media posts mentioning Nordoff Robbins.

Nordoff Robbins do lots of wonderful work helping people of all ages with musical therapy and music has always been a big part of my life.

Michael Armstrong singer/songwriter and he will be recorded a version  of Love Affair’s ‘Everlasting Love‘ which was number one back in Feb 1968, via his YouTube channel

Ed Byrne comedian who is always on the road performing

Credo UK based prog rockers with a good ear for melody

Dorja play a Pledge Music gig/party for their upcoming debut album on February 8th at the Lounge, London.

Half Man, Half Biscuit legendary band who are kindly donating a signed t-shirt to raised funds for NR

IT are currently lining-up gigs for the end of February

King’s Singers celebrate their fiftieth anniversary next year, so that ties-in nicely with my fundraising as well

Will Lawton  plays in Norwich on February 8 next year

Moon Safari appear on Cruise to the Edge

Josh Smith blues guitarist plays Under the Bridge on Feb 8 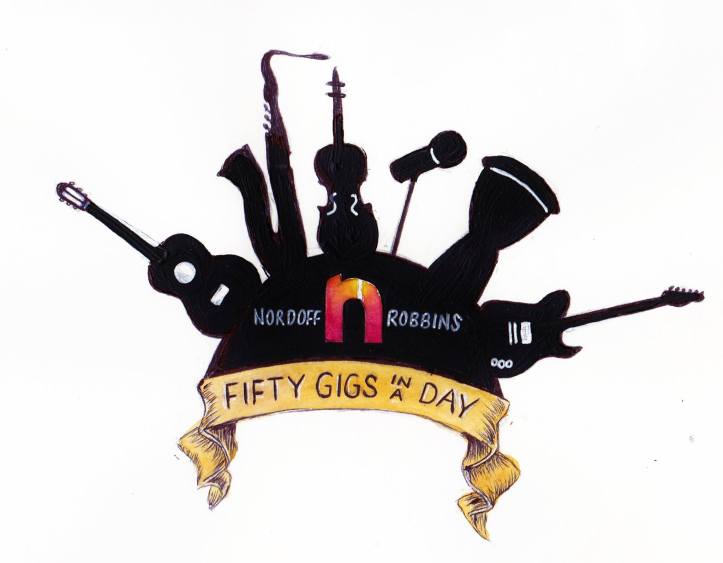 Mama playing the music of Genesis – The Cavern Club, Liverpool

Thank you for visiting 🙂

What is music therapy?

“The overall aim of music therapy is to actively engage individuals in their own growth, development and behavioural change and for them to transfer musical and non-musical skills to other aspects of their life, bringing them from isolation into active participation in the world. We create music through improvisation or composition specifically to meet the needs and capabilities of our clients”.

Our Vision And Mission

Feel free to comment and contributions on music and/or books always welcome.

Bio: I have been blogging about mainly Stoke City & books over on the Rock ‘N’ Roll Oatcake and am currently News & Reviews Editor at Get Ready To Rock! – my main love in the musical world :-)

The Rockin’ Chair is a place for me to highlight music new and old. There are guest writers and contributions from fellow music fans and musicians.

Thank you for visiting